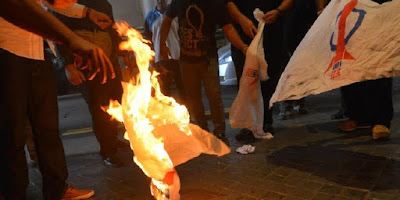 I have decided to quit DAP. The content of the letter has been emailed to DAP but I have yet to receive any reply. In order for the party higher-up to read my view, I have decided to publish this letter of withdrawal.

I have initially influenced by the political speech of Tony Pua to join DAP. During the 505 general election I have volunteered to be a supervisor of PACABA.

During that time I felt that DAP leaders are great, the party’s ideology can rule the country and I give my full support.

After the rocket vs moon controversy, I am deeply disappointed by the political wisdom of DAP. The party is no longer the one that I supported initially. Not everyone is the Tony Pua whom I respect and admire.

My reasons of quitting the party are listed below:

I do not rule out the one-sided report by media. But front-liner leaders like Lim Kit Siang and Lim Guan Eng are getting more arrogant. The news is not without basis.

For instance in the recent case of splitting with PAS, I do not agree with DAP’s stance of adding fuel to the fire. Co-operating and splitting are normal in politics. Consolidating Pakatan Rakyat with political wisdom to have an integrated Malaysia should be the priority.

Unfortunately at this critical time, regardless of performance of DAP leaders from East Malaysia or West Malaysia, I only see the sea of fire but not the maturity of careful consideration. How such leaders can rule a country?

Hadi Awang said three leaders of Pakatan Rakyat each has his agenda. This is common knowledge. The common objective of Pakatan Rakyat is to oppose hegemony and corruption. Seeking common points in differences is the best platform proposed by PAS. But DAP is of the view that you are either my friend or my enemy for having different dreams and opt to lash out against PAS before its muktamar without any reservation. Such hostile and unfriendly acts are equivalent to using action to severe ties. At PAS muktamar, if the conservative group can stomach such humiliation then they are useless. Hence PAS announced to severe ties with DAP. One can’t be a lone ranger. This does not happen overnight.

DAP is accountable for causing Pakatan Rakyat to collapse. How does such party handle greater national issues and conflicts in future?

I agree with DAP’s strong opposition on implementation of hudud law. But after opposition, are there any negotiation, accommodation and understanding? Prior to the collaboration of Pakatan Rakyat everyone is clear about PAS’ agenda. This is a time bomb out in open. Now that the bomb has exploded. DAP does not find an alternative solution. This let me suspect that: 1. Right from beginning DAP has known it but proceeded to the collaboration to fish votes.
2. I am disappointed by DAP’s political capabilities. It is undisputable that Hadi and Umno are eyeing at each other. While the relationship is strained, DAP proposes new Pakatan Rakyat concept. This does not only end the hope and future of Pakatan Rakyat but may even merge Umno and PAS. I can’t believe such short-sighted remarks come from higher-up of DAP.

The culture of fighter type of fierce criticism and blunt remarks are deep-rooted among DAP senior leaders. This leads to increasing number of DAP supporters behaving like political rioters on cyberspace, telling off those who criticise DAP. If you sit in a coffee shop in a small town, you would discover many down to earth uncles are unhappy with the behaviour of DAP leaders. I am of the view that DAP leaders at the front line do not have good model of political culture and some of the party leaders and members are arrogant and carry bad attitude. Take a famous quote of MCA: the fish head is rotten. Where is the path to change government?

As the momentum of 505 has frizzled out, that would be the real challenge of Pakatan Rakyat. I wish that when you delete my name from the member’s list you would also take a serious view on the four points that I have raised. 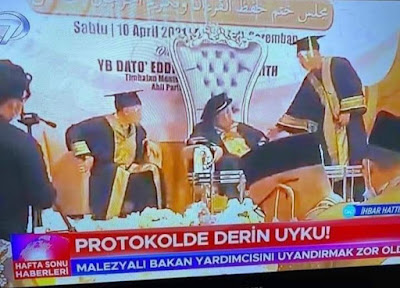 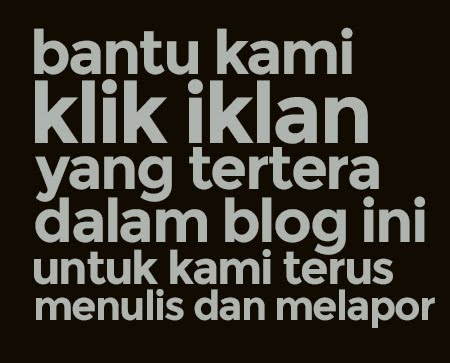